Simple; we stand our ground now and in the future; “No.” is a complete sentence 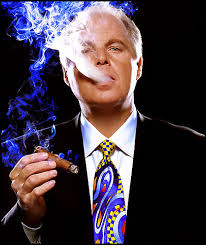 All you need is a couple of “Rush minutes” to explain The McConnell Plan to your squishy GOP friends; video: Rush: Key to McConnell plan is selling out Tea Party  –via WeaselZippers.com

… as if it wasn’t enough that Nancy Pelosi, Harry Reid, and Reid-Lite Sen. John McCain, the WaPo’s Ezra Klein, and “Li’l” Dick Durbin absolutely love it.

It appears the stalwart conservatives in office and among the punditry are stunned at the pass, the Golden Ticket, that McConnell wants to give the boy President which would all but assure his re-election and bring the country to as close a near-Depression as I’ll live to see.

Keep in mind that there is no such things as a “shutdown”–remember the “non-essential” fed workers who had a few days back in the mid-90s? Did your kids starve, were there riots in the streets? Let’s face it, other than the military and air traffic controllers, most fed workers are “non-essential”.

So tell your squishy friends to tough it out, closing the Depart of Education and the Bureau of Indian Affairs should be applauded… if we keep shutting Big Gov operations down, the better for us.

Here in Texas, for example, we restrict the state legislature to meeting only every other year, consequently we have one of the better economies in the country.

All politics is local… n’est–ce pas?

Trust me, the checks to granny and the disabled will go out because Barry has far more to lose; if he refuses to send them out… it’s all on him.

The GOP is at a cross-roads and being pushed hard by Real America… we possess the DNA of Jefferson, Adams and Washington… our domestic enemies’ tests consistently come back: Marx, Alinsky, Soros, France, Aaron Burr and Quisling.

Not really a choice for freedom-loving souls; and I don’t give a damn about the rest of ’em.

Deep into the 2012 campaign virtually each of us will be presented with a false  dilemma… either support and vote for the Worst President in History, or be called a racist.

Fine, I’m a racist. Now what about you?

You knew this was coming. You knew that the first left-wing black (pardon the redundancy) to gain the Oval Office would make race relations worse, because of one and only one political element… pay back is a mo fo.

We saw it in Watts, we saw it at the O.J. Simpson trial (sic), we see it every day in the news:

AG Eric Holder: Black Panther Case Demeans “My People”  This mens that armed black revolutionaries intimidating whites from voting will not be prosecuted. Holder be down with the struggle.

The message is simple… “either give us all we want or we will burn the city down and kill you, and there’s nothing you can do about it”

I know, I know… you’d fight back; but most of the country suffers from crippling white guilt and will do anything, say anything to curry favor with black folks because they need to feel superior to Real Americans.

And… the SEIU union thugs who beat the 140-pound black conservative were acquitted.

And Nicole Brown Simpson and Ronald Goldman are still dead.

Between these lines you could float a battleship.

If you oppose Obama for being incompetent, and idiot, a Marxist shill, a community organizer puppet for the left, a crony capitalism pawn, a hen-pecked dipwad who only does what his ole lady tells him he can, a myth, a media creation, a narcissist to the 10th power, a patronizing effete liberal who tried all his life to be white, then switched sides….. and the black electorate is stupid enough to fall for the charade.

No matter… for the vast majority of blacks, all white people are racists; fine, there are more of us than there are of them.

Volunteer coordinator for veterans support network in North Texas. Now retired from his private psychotherapy practice, I specialized in the diagnosis and treatment posttraumatic stress, working with victim assistance programs, veterans and the Veterans Administration for over 20 years. After being wounded in action in Vietnam, I was medically retired from the Marine Corps and know first hand many of the readjustment difficulties and psychological stresses experienced by today's OIF and OEF veterans. I am available, at minimal cost, to speak at your functions on several subjects including veterans issues, Vietnam, the Medal of Honor, Posttraumatic Stress Disorder and critical incident debriefings.
View all posts by Gary Alexander →
This entry was posted in Economy, justice, Left-wing radicals, Liberty Constitution, Politics, Race, RINOs. Bookmark the permalink.

16 Responses to Simple; we stand our ground now and in the future; “No.” is a complete sentence