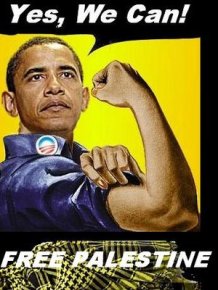 I got some heat the other day on my post regarding the Oslo massacre  “Island shooter, terrorist or premature patriot?“, but not as much as I got on FB for wishing cancer on Obama; seems a lot of people don’t really buy the Founders’ admonition regarding “enemies foreign and domestic.”

The defense rests, but I digress….

To me the most important element in the island shooting was the Obama Regime’s MSM black out regarding the far-left political group that was attacked which I explained here:

Only the day before the massacre on Utoya Island near Oslo, Norway’s Foreign Minister addressed hundreds of hard-core socialist youth of the Labour Party’s Workers’ Youth League who sponsor the annual “camp”.

That makes them no better than the Hitler Youth… and if you know your WWII history, the AUF is worse.

“Why?”, the uneducated may ask.

Worse because the HY was trained in basic military tactics and were eventually pressed into service the last desperate weeks of the defense of Berlin against the Soviets.

The AUF brain washes useful young idiots to support global Muslim terrorism whicvh seeks to wipe Christians and Jews off the face of the earth. The AUF operatives become the fixers, the fund raisers, the go-betweens and eventually some will have leadership roles in their countries.

The Oslo victims were universally reported as “kids” and “children”; but most were older teens and above, with a handful as young as 14.

In sorting this all out we are entitled to our own beliefs but not to our own facts.

Perhaps 40 years ago it could have been understandable to get weepy and pray for our enemies, but now we live in a world where “children” and “kids” are brainwashed from birth to strap on suicide bomb vests, carry ammo, IEDs, and lure US troops to their deaths or serve as human shields.

American children, kids were murdered on 9/11… we no longer hear about them, how soon America forgets.

Courtesy of the toughest broad in the right-wing blogosphere, Debbie Schussel, here are the things you don’t know about the “victims” of Anders Breivik, their programs and their puppet masters:

he Fatah Youth group had taken part in the Norwegian summer camp for the last 15 years. Of course Breviki knew this, it was the reason he picked this target.

This dated photo on Utoya Island shows Prime Minister Jens Stoltenberg (who first rose to political power in the AUF) accepting a Fatah/HAMAS Youth camp (“Tear Down the Wall”) T-shirt from  a subhuman”kid” who now is trying to murder Israelis or our troops around the world.

Debbie continues: “The Muslim Nazis knew this camp was their kinda place filled with their kinda useful idiot dhimmi Eurotrash. This was definitely a Fatah/HAMAS Youth camp (remember, Fatah recently merged with HAMAS, and they have the same goal, “Judenrein” and “Christianrein”.)

You want to talk kids… I’ll show you kids:

Fatah is the Islamic terrorist group that brutally murdered the Fogel Family while they slept and beheaded their baby.

Friday, March 11 in the West Bank settlement of Itamar:

Two terrorist slipped across the border and slaughtered Udi Fogel, 36, and Ruth Fogel, 35, and their sons Yoav, 11; Elad, 4; and daughter Hadas, 3 months, in their beds.

May their names remain a blessing.

The two little boys were butchered first, both parents fought with their attackers but were overcome and bled out from numerous stab and bullet wounds. The horror complete, the two subhumans left the apartment but saw a police vehicle; they retreated back to the home to hide and look for guns. When baby Hadas began to cry, they beheaded her and escaped.

Two sons — Roi, 8, and Yishai, 2 — were sleeping in a side bedroom and were spared. A daughter, Tamar, 12, returned home at midnight.

Arrested days later for the unspeakable carnage were Hakim Mazen Awad, 18, left, Amjad Mahmad Awad, 19, right, boy “kids” are associated with the Popular Front for the Liberation of Palestine (PLFP) terror group, and received significant assistance from family members and friends after the attack.

These subhumans, the same age as most of their ardent and now dead supporters in Oslo, expressed no regret (does anyone with a brain need to even ask them?) and admitted they would have cut the throats of the other two boys had they known they were in the house.

I’d say 90 percent of Americans are well aware of the “mass murder” in Norway… I doubt 20 percent know about or paid any attention to the Fogels’ despicable mass murder.

It’s simple in this world; you are either with the terrorists and their supporters or you are with America, Israel and other truly freedom loving peoples; there is no middle ground… no moderates in this fight.

If you support Palestine then you are my enemy… I hate my all my enemies, foreign and domestic, and if called upon to again kill my enemies, trust me I warm to the task swiftly and with great ardor.

Until then I will call you on your anti-American and anti-Semitic associations and statements; and liberals, socialists and “moderates”, like the Hitler Youth, the “good” Germans, and the Emperor-worshiping Japs of WWII, must accept the same fate as terrorists–for you are aiding and abetting the enemy.

Volunteer coordinator for veterans support network in North Texas. Now retired from his private psychotherapy practice, I specialized in the diagnosis and treatment posttraumatic stress, working with victim assistance programs, veterans and the Veterans Administration for over 20 years. After being wounded in action in Vietnam, I was medically retired from the Marine Corps and know first hand many of the readjustment difficulties and psychological stresses experienced by today's OIF and OEF veterans. I am available, at minimal cost, to speak at your functions on several subjects including veterans issues, Vietnam, the Medal of Honor, Posttraumatic Stress Disorder and critical incident debriefings.
View all posts by Gary Alexander →
This entry was posted in Left-wing radicals, Middle East, Terrorism, War. Bookmark the permalink.