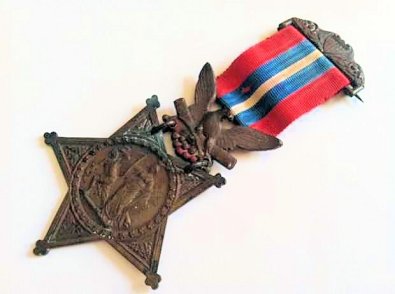 Stories about the Medal of Honor… the actual medal itself… are varied, fascinating and often test the boundaries of the odds and belief.

And now we must add the remarkable story of “The Chamberlain Medal”… earned by one of the Civil War’s greatest heroes in the decisive battle of Gettysburg.

“One of the most prestigious medals earned by one of Maine’s most decorated sons was recently discovered at a church sale and turned over to an organization for safe keeping, the group has announced.

“The individual who owned the medal found it in the back of a book he had purchased “several years ago” at a sale held by First Parish Church in Duxbury, Mass.”

Joshua Chamberlain — who would go on to become president of Bowdoin College and governor of Maine — received the Medal belatedly in 1893 for “distinguished gallantry” 30 years earlier.

The historically significant Medal was thought to have been lost for decades. Chamberlain received it in 1893 for his heroism at Little Round Top during the Battle of Gettysburg.

Museum received the medal earlier this summer in an anonymous package in July but its authenticity was questioned.

(Photo — The 2oth Maine Infantry’s position on the far left flank of Little Round Top… the critical position that Chamberlain and his men held to the end of the bitter, pitched battle that would turn the tide at Gettysburg and doom the Confederacy.)

Upon his death, February 24, 1914 (aged 85), the medal was given to his granddaughter, whose estate was donated to the First Parish Church of Duxbury, Mass., following her death in 2000. 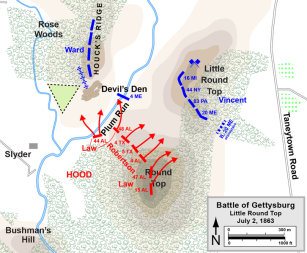 After purchasing some items from the church “garage sale”, the anonymous donor remarkably found the medal between the pages of a book and later sent it to the museum.

The Medal had been “missing” for almost a century.  For a photo gallery of my 3-day tour of Gettysburg click here. 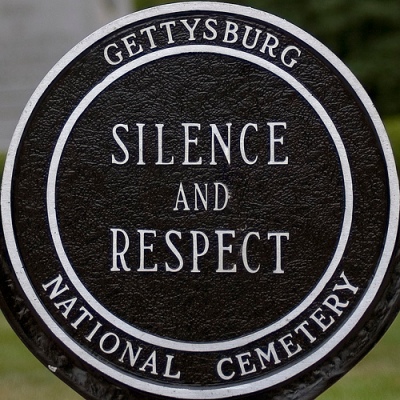 Volunteer coordinator for veterans support network in North Texas. Now retired from his private psychotherapy practice, I specialized in the diagnosis and treatment posttraumatic stress, working with victim assistance programs, veterans and the Veterans Administration for over 20 years. After being wounded in action in Vietnam, I was medically retired from the Marine Corps and know first hand many of the readjustment difficulties and psychological stresses experienced by today's OIF and OEF veterans. I am available, at minimal cost, to speak at your functions on several subjects including veterans issues, Vietnam, the Medal of Honor, Posttraumatic Stress Disorder and critical incident debriefings.
View all posts by Gary Alexander →
This entry was posted in Heroes, Medal of Honor, Military, Patriotism, Veterans, War. Bookmark the permalink.

1 Response to ‘Missing’ Chamberlain Medal returned to his home